IP addresses are allocated on an annual basis by the Internet Assigned Numbers Authority (IANA) and its regional registries to various organizations worldwide with the majority of the IP addresses being allocated to the developed countries like the United States, Japan and the United Kingdom. In the last few years though, emerging economies like China have been allocated an increasingly bigger percentage of the IP addresses. This trend which is also evident in the likes of India, Vietnam and Mexico indicates an ever growing appetite for internet consumption amongst their populations.

From the data analysis (see Table 1 &Chart 1), it is clear that the overall IP address allocations for Asian countries are on the rise whereas European countries have seen a drop in their allocations. Leading the Asian countries is China which has overtaken the United Kingdom for the 2nd highest number of allocations. South Korea, a country famous for online gaming, managed to secure 6th place and has relegated France to the 7th position.

The Top 10 countries in the list still managed to secure 77.73% of the total allocated IP addresses in 2010. That is a decrease from the 2009 total of 79.1%. With the economic upheavals in both the United States and Europe, it is hardly a surprise that the numbers have decreased. On the other hand, it will open up more allocations to emerging countries in Asia and South America.

In this second section of the study, we plot the month-to-month percentage of IP address allocations by country using the IP2Location historical data in 2010.

Considering that the total IP addresses in the IPv4 space is 4,294,967,296, that leaves us with only approximately 37% of IP addresses to be allocated in Class A, B and C.

Table 1:The Percentage of IP Address Ownership by Country in 2010 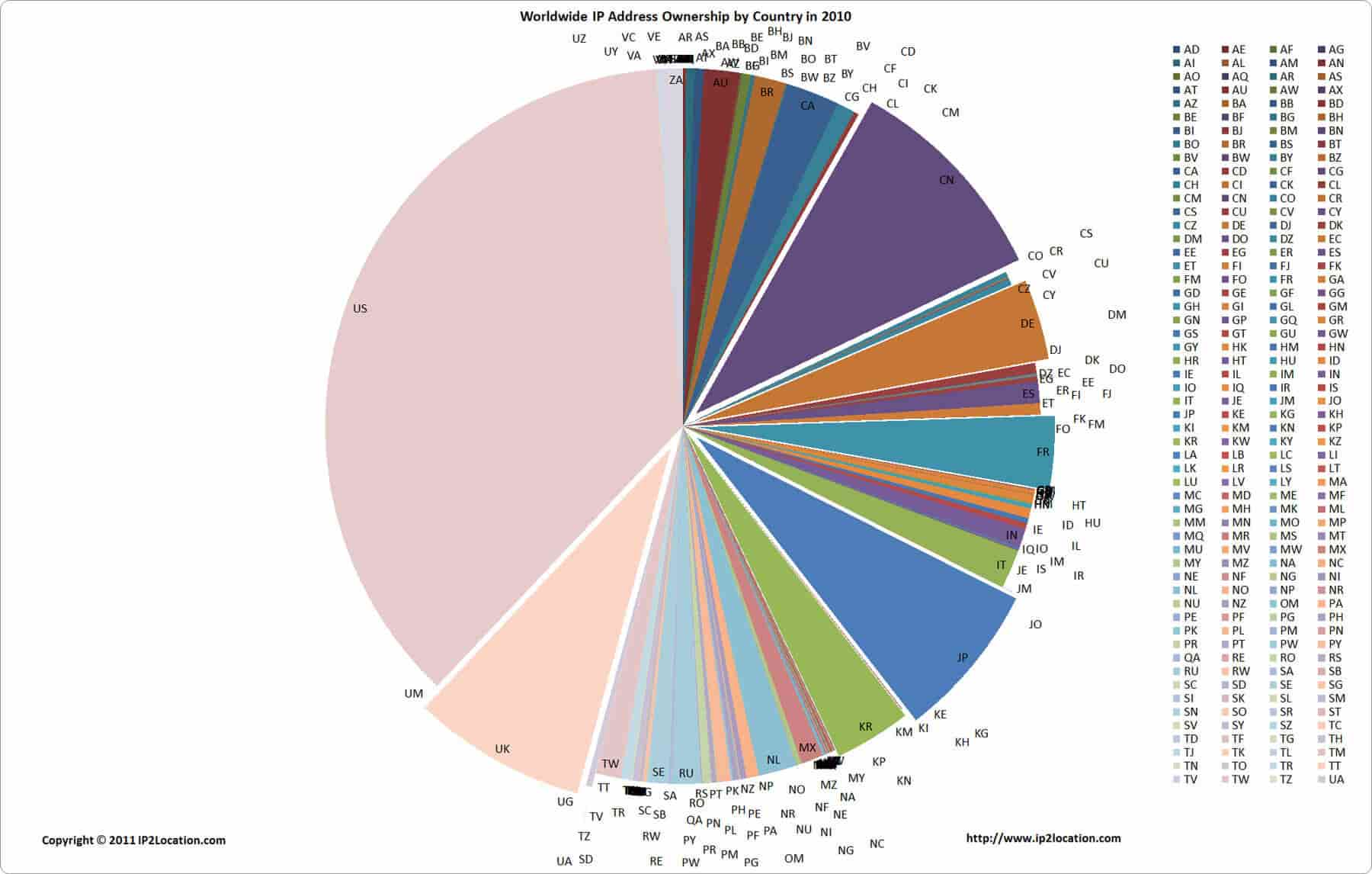 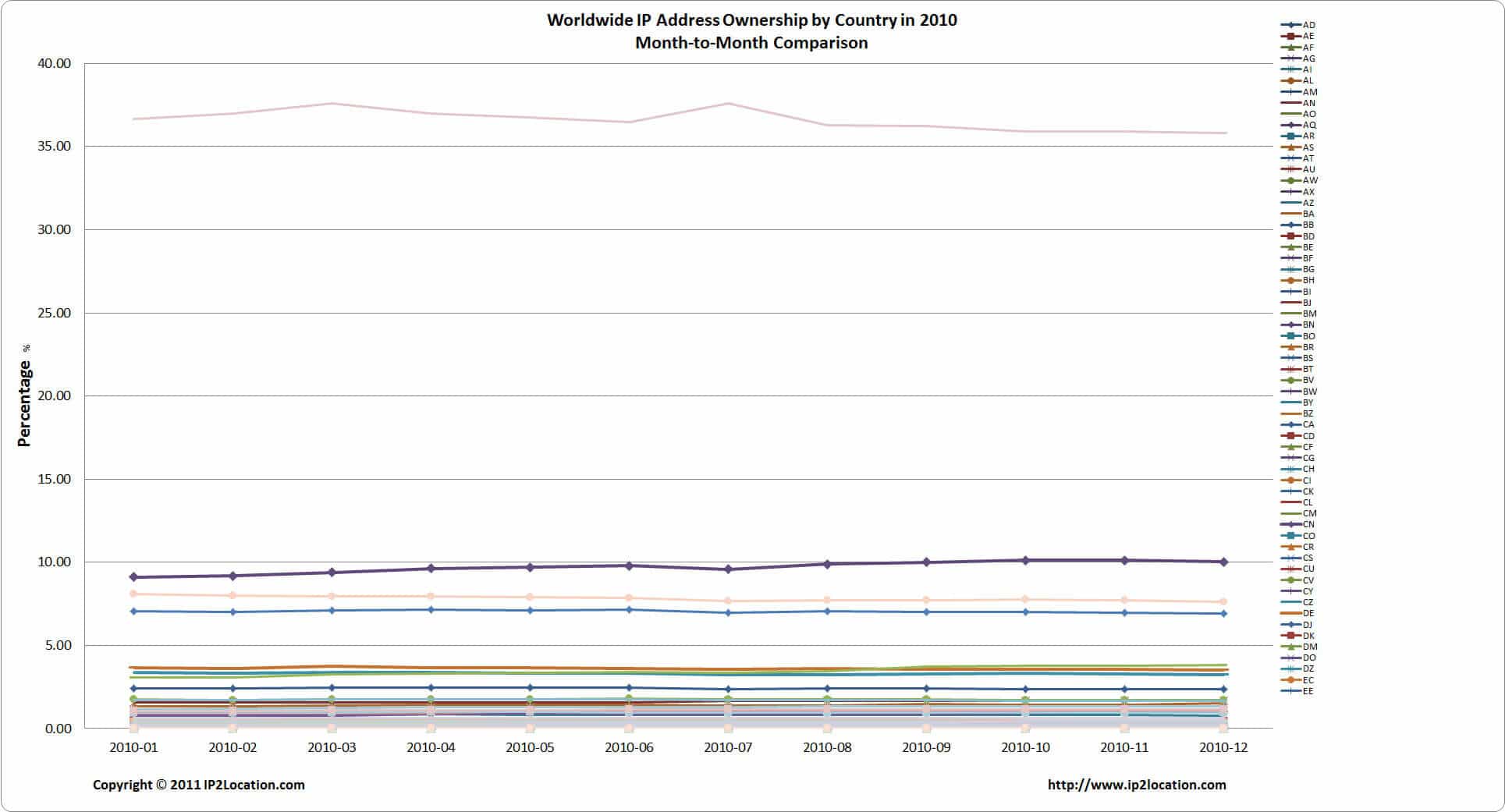