If we compare the data from the year 2007, China has replaced Japan for the 3rd position. The Republic of Korea replaced Canada for the 7th position. Japan and Canada are in 4th and 8th positions respectively in the year 2008.

In this second section of the study, we plot the month-to-month percentage of IP address allocations by country using the IP2Location historical data in 2008.

From the chart analysis (see Chart 2), the total percentages of the IP address space allocated to networks in the United Kingdom is decreasing at a slow pace. The IP address space allocated to networks in China and Japan are increasing at a fast pace. However, we do not foresee that either country will be overtaking the United Kingdom for the second position in the year 2009. The network in the United States is maintaining the growth of the IP address allocation, leading the other 237 countries in the year 2008.

Table 1:The Percentage of IP Address Ownership by Country in 2008 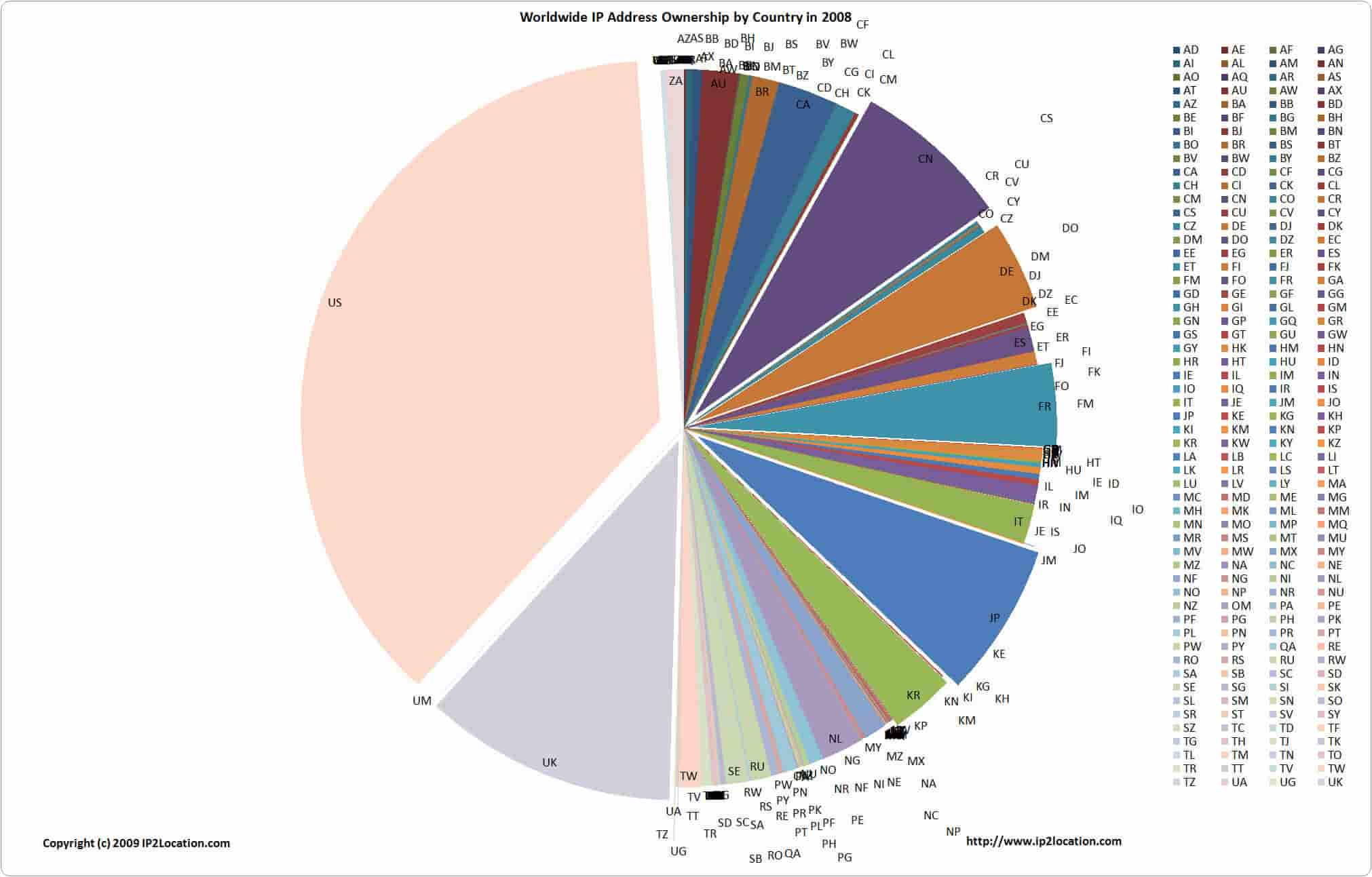 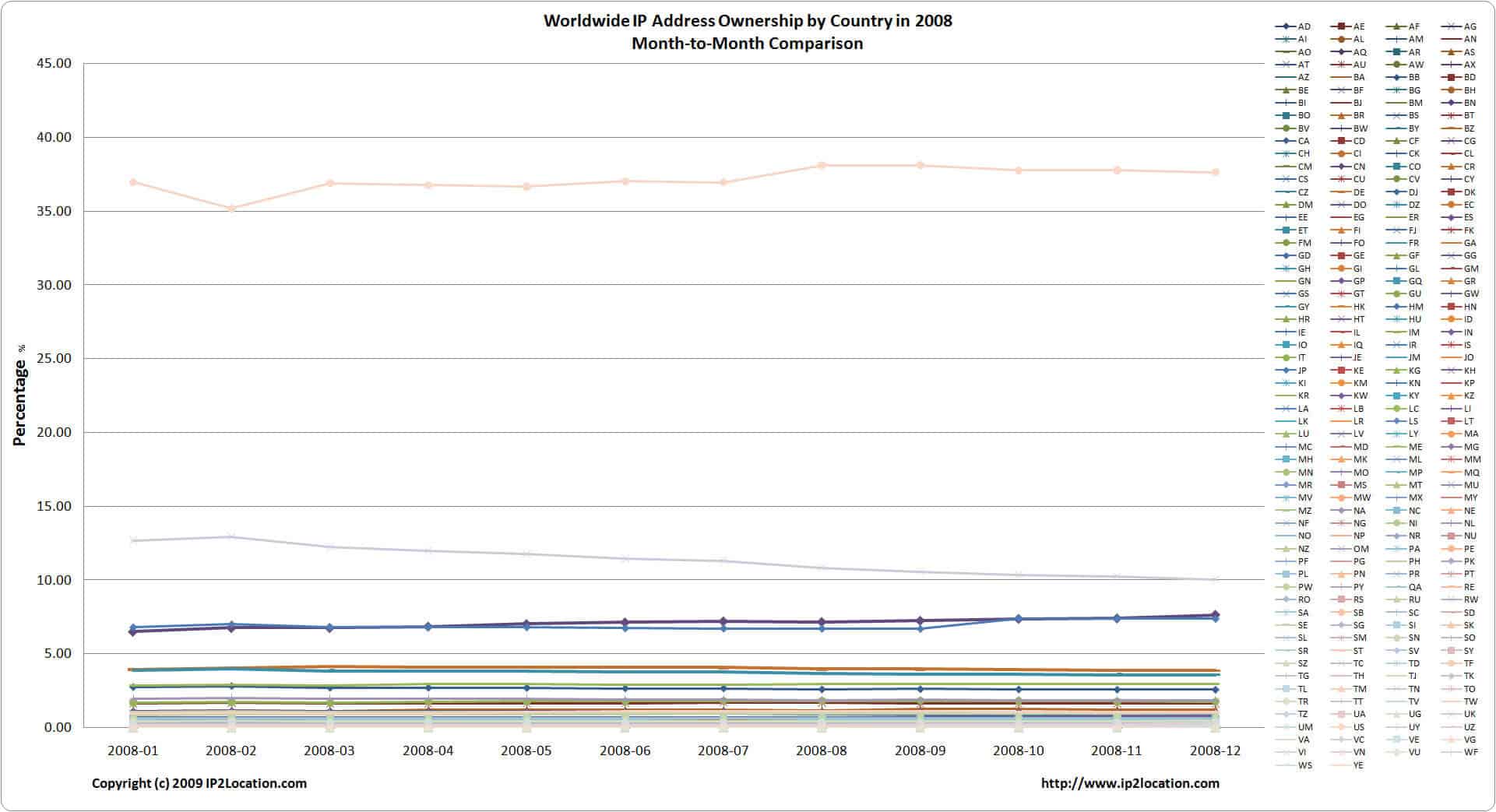